Last week we released the Zarelli album “Soft Rains”, an epic musical interpretation of the recording of Leonard Nimoy’s narration of a Ray Bradbury  story. Five days later, Mr . Nimoy sadly passed away. We decided to go ahead and release the video (by Mark Warrington) which was slated to premiere on Mojo and Vevo today, as we think it is a fitting tribute to the inimitable presence of the great man. We hope you agree.

Head over to Mojo to see it , and read more: http://www.mojo4music.com/19252/watch-cosmic-tribute-star-treks-leonard-nimoy/ 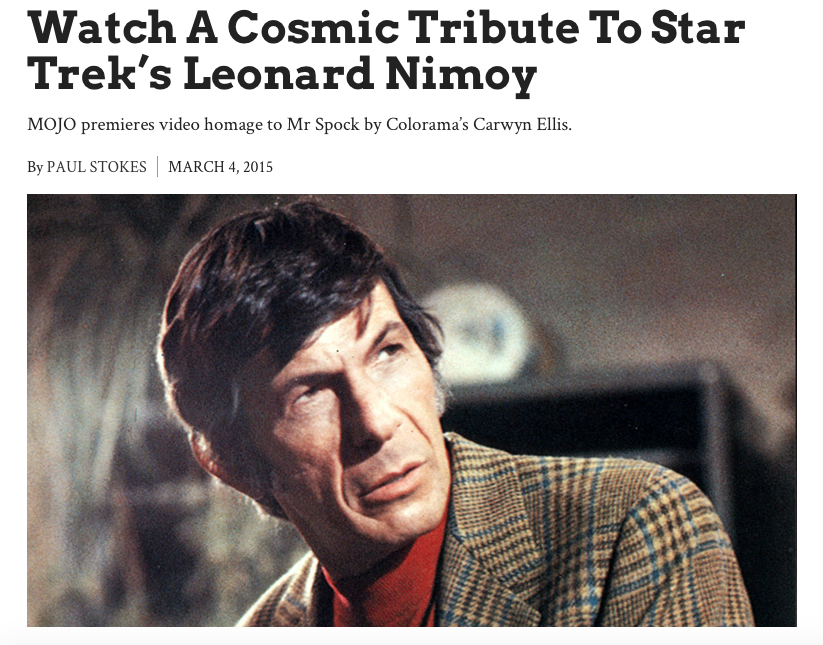