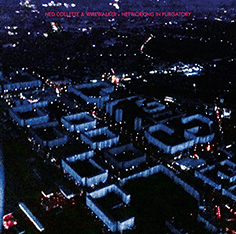 “Australia doesn’t have many better songwriters, neither past nor present” Mess And Noise (AUS)

“I don’t say this lightly, but Ned Collette is clearly a genius.” DRUM (AUS)

Ned Collette and Wirewalker have been carving their name deep into the musical landscape of Australia over the course of two albums, and “Networking in Purgatory”, the third, is the most sumptuous and accomplished yet. Co-produced by Collette and his Wirewalker partner Joe Talia, its natural full-bodied sounds befit the easy stride that Collette and his band have hit.

Originally from Melbourne, Ned has resided in Berlin for the last four years, and this album was recorded in both cities. Fittingly, the album cover is a photo taken of Berlin from a plane as Ned returned home to finish the record.

As a recent Brisbane daily writes, “Collette makes music that gently suffuses into the bloodstream. Which is the opposite of how the music industry works now.” Despite the album’s own clearly distinct voice, it still manages to evoke suggestions of Pink Floyd, Kevin Ayers, Brian Eno, Kraftwerk and even Joni Mitchell or Paul Giovanni. Sparse acoustic songs such as Across The Frozen Bridge, are joined by the driving minimalist electronica of Vanitas Quack, the instantaneous Bird, and the melancholic and luscious-sounding opening track At the Piano.